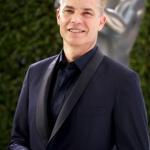 Congrats to Timothy Olyphant on his Critics Choice Award for Best Guest Actor/Actress in a Comedy Series!

The winners will be revealed live at the Critics’ Choice Awards gala, hosted by comedian T.J. Miller, which will be broadcast from the Barker Hangar in Santa Monica on A&E, Lifetime and LMN on Sunday, January 17 at 8PM ET/ 5PM PT.

According to TV Line, the Television Critics Association has announced the nominees for the 31st Annual TCA Awards. FX each garnered five nominations, which includes Justified earning a nod for Outstanding Achievement in Drama.

Justified took the lead with 5 nominations at the fifth annual Critics’ Choice Television Awards. Sam Elliott took home an award for his role as the scene-stealing antagonist, Avery Markham, The Big Lebowski actor won the award for Guest Performer in a Drama Series. Elliott beat Goggins, Lois Smith from The Americans, and Julianne Nicholson from Masters of Sex.

Justified creator/showrunner Graham Yost, who serves as executive producer of The Americans, also joined the celebration as the show won for Best Drama Series.

Hit series JUSTIFIED and OLIVE KITTERIDGE will lead the way at the 2015 Critics’ Choice Television Awards after landing five nominations apiece. Justified will compete with shows like Empire, Game of Thrones and Homeland for Best Drama Series, while its star, Timothy Olyphant, is shortlisted for Best Actor in a Drama Series, alongside Bob Odenkirk (Better Call Saul), Charlie Hunnam (Sons of Anarchy) and Matthew Rhys (The Americans), among others. Justified co-stars Joelle Carter and Walton Goggins are also up for supporting awards, while Sam Elliott scores a nod in the Guest Performer category. Other drama acting nominees include Viola Davis (How to Get Away with Murder), Taraji P. Henson (Empire), Julianna Margulies (The Good Wife), Carrie Coon (The Leftovers), Lorraine Toussaint (Orange Is the New Black) and Mae Whitman (Parenthood). The Best Comedy Series title will be a fight between Veep, Jane the Virgin, Mom, Transparent, You’re the Worst, Silicon Valley and Broad City, while Anthony Anderson (Blackish), Jeffrey Tambor (Transparent), Johnny Galecki (The Big Bang Theory), Gina Rodriguez (Jane the Virgin) and Julia Louis-Dreyfus (Veep) have each garnered top comedy acting nods. Meanwhile, Olive Kitteridge will do battle for Best Limited Series and castmates Richard Jenkins, Frances McDormand, Bill Murray and Cory Michael Smith have all landed acting nominations for a movie or limited series. The Voice, Dancing With the Stars and America’s Got Talent are nominated for Best Reality Competition Series, and Best Talk Show will be decided between the likes of Jimmy Kimmel Live!, The Tonight Show with Jimmy Fallon, The Late Late Show with James Corden, and The Daily Show with Jon Stewart. The winners, voted for by members of the Broadcast Television Journalists Association, will be unveiled at the Beverly Hilton Hotel in California on 31 May (15).

Timothy Olyphant has been nominated for Best Actor in a Drama Series for Entertainment Weekly’s EWwys!

The winners will be unveiled at a ceremony in Los Angeles on June 18.

END_OF_DOCUMENT_TOKEN_TO_BE_REPLACED

The Johnny Depp-voiced movie “Rango” has won the Oscar for Best Animated Feature.
Directed by Gore Verbinski, Depp’s director in the first three installments of “Pirates of the Caribbean,” the movie is about a chameleon named Rango who lives a sheltered life in a terrarium until he finds himself in the Wild West.

Other voices in the movie are Isla Fisher, Timothy Olyphant, Abigail Breslin, Ned Beatty, Alfred Molina, Harry Dean Stanton and Bill Nighy. “Rango” was also nominated for a Golden Globe for Best Animated Feature and won many animation awards including Best Animation from the Los Angeles Film Critics Association and Best Animated Feature from the National Board of Review.