Kevin Kline has been set to star opposite Melissa McCarthy and Chris O’Dowd in The Starling, the Ted Melfi-directed drama that is being fully financed by Limelight. Timothy Olyphant, Daveed Diggs (Hamilton), Skyler Gisondo (Booksmart), Loretta Devine (Grey’s Anatomy), Laura Harrier (BlacKkKlansman), Rosalind Chao (Just Like Heaven) and Kimberly Quinn (Hidden Figures) also have joined the cast of the film, which is just getting underway.

Admin
0 views
72 likes
Closed
Published on 07/24/2019 Under News Once Upon a Time in Hollywood Photo Gallery Uncategorized
Photos: “Once Upon A Time…In Hollywood” Los Angeles Premiere 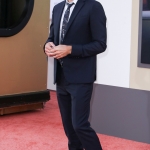 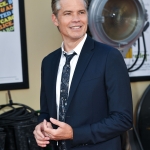 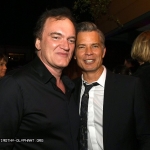 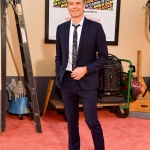 Admin
0 views
57 likes
Closed
Published on 06/12/2019 Under Interview News
TheWrap: Timothy Olyphant on the Joys of Getting His ‘Deadwood’ Mustache Back

A version of this story about Timothy Olyphant first appeared in the Movies & Limited Series issue of TheWrap’s Emmy magazine.

More than a decade after David Milch’s series “Deadwood” completed its three-year run on HBO, the profane period Western has come back as a two-hour movie with much of its original cast intact. Timothy Olyphant, who in the interim has starred in “Justified” and “The Santa Clarita Diet” and played the bad guy in “Live Free or Die Hard,” returns as righteous lawman Seth Bullock, 10 years older and a little wiser than he was the last time we saw him butting heads with Ian McShane’s Al Swearengen.

Did you get a kick out of being back in the world of “Deadwood?”
Oh, my God, yeah. I went from thinking it was a terrible idea and I didn’t want to do it to going completely 180 and thinking, “This is the best job ever and I don’t know why we’re not doing more.” I loved it.

So has the mustache been sitting in a drawer for all these years?
Yeah, that’s right. That mustache — I’ve wanted to have a mustache in just about every job I’ve ever had. Nobody lets you have a mustache. Amazing.

When you put it back on, was that the key to Bullock?
No. You just gotta say the words. Say the words, David takes care of everything. That’s the cool thing about acting: They tell you what to say, they give you your wardrobe. You need a wife, they supply one. You need little kids, they give you kids. You don’t have to do a lot.

Did you have to sit down and work out what’s happened to Seth Bullock over the last 10 years?
No, I don’t do that. (Pause) I mean, to immediately contradict myself, David and I had conversations about the story we wanted to tell, and you inevitably talk about what must have transpired.

His kids, for example, came out of those conversations. We thought, “Should he have kids? Historically, he had kids. Sure, let’s do it.”

Do you feel at all tied to what happened in the life of the real person your character is based on?
I don’t think of it that way. I just think of the story we’re trying to tell. I’ve always been fascinated with what David decides to honor historically and what truths he decides are in the way of the story. He sometimes seems to be willing to argue with history, and I’ve always admired that and been fascinated by it.

Timothy Olyphant takes us behind the scenes of the long-awaited ‘Deadwood’ reunion and shares lore from the original series — including the real reason it was canceled.

In the 12 years since Deadwood was canceled, was there a point at which you assumed this reunion wouldn’t happen?
I never thought it would happen.

Why not?
I wasn’t all that keen on it, to be honest with you. So, I just figured it wouldn’t happen because I wasn’t really interested in it happening. But it’s been really lovely. And contradicting that, I always was hoping to have the opportunity to work with David [Milch] again. [Playing Bullock again] had some appeal but I was more interested in working with David.

At what point —
I’m being sincere about it. Put this mustache on anyone, it could work.

At what point did you start to understand that this had a real chance of happening, and that you wanted to do it?
I didn’t know I wanted to do it until about a few weeks ago. But I knew it had a chance a year or so ago. There was a natural script. David and I, we’d met a couple of times. I knew he was enthusiastic about it. So, I knew it was real. It feels like it’s almost been a year or so.

END_OF_DOCUMENT_TOKEN_TO_BE_REPLACED

Timothy Olyphant attends the LA Premiere Of HBO’s “Deadwood” at The Cinerama Dome on May 14, 2019 in Los Angeles, California. 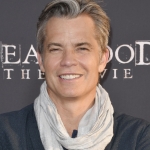 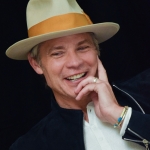 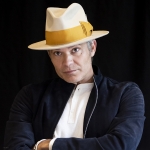 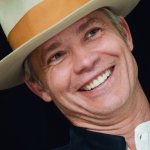 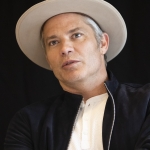 Admin
0 views
69 likes
Closed
Published on 05/10/2019 Under Deadwood News Video
“Deadwood: The Movie” Behind the Scenes 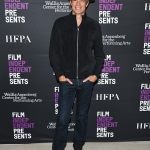 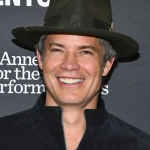 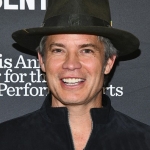 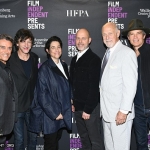 Former rivalries are reignited, alliances are tested and old wounds are reopened, as all are left to navigate the inevitable changes that modernity and time have wrought. Starring Ian McShane, Timothy Olyphant, and Molly Parker. Deadwood: The Movie premieres May 31 on HBO.